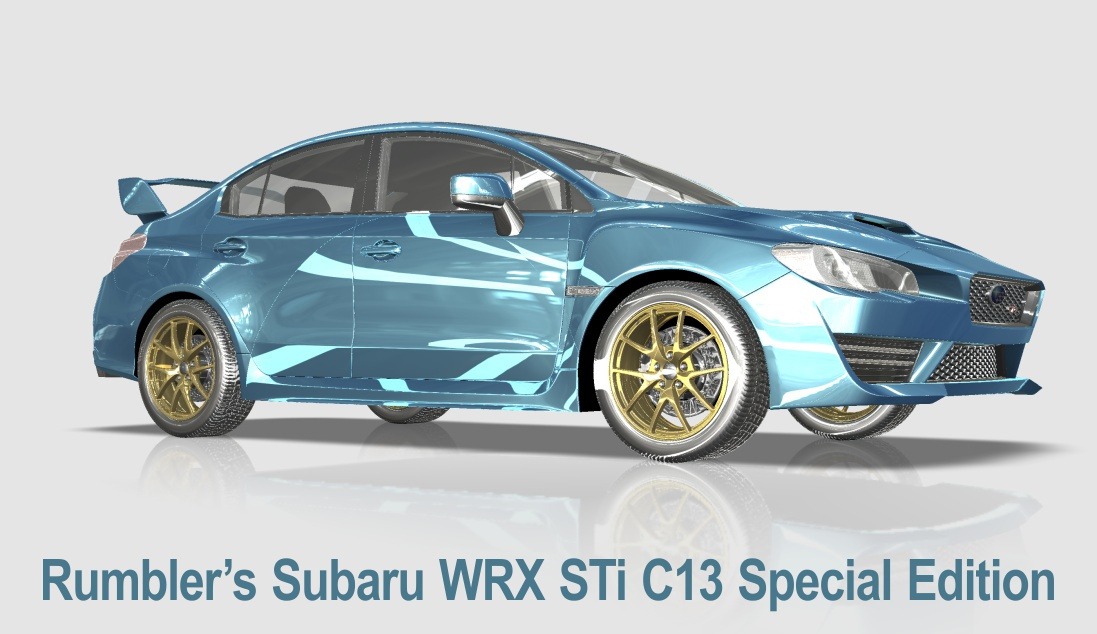 Concept 13
Transforming and Tuning the Subaru WRX 2015 model into the 2013 Concept.

(This project was first drafted in 2014, subsequent events and lack of funding prevented its completion.  The original information is presented here to demonstrate Michael's design skill. - June, 2018)

Michael Bond, designer of the Rumbler, has recreated a Special Edition upgrade to the current 2015 WRX STi inspired by the original Subaru WRX Concept from 2013 for Subaru enthusiasts around the world.

Subject to sufficient interest and funding the Special Edition WRX, and a new upgrade body kit, will be created for all enthusiasts to own something closer to the dramatic lines and high performance of a WRX unleashed.

The C13 SE restyles and enhance the body profile of the current production model WRX for 2014/15, retuning the engine for added performance and tweaking other styling elements to achieve something closer to the 2013 Concept model introduced by Subaru and which won approval from many enthusiasts round the world.

This is an independent initiative not approved of or supported by Subaru and will be undertaken in partnership with dealers, specialist suppliers and engineering teams in the UK and around the world.

(Note: Images for illustration purposes only.) 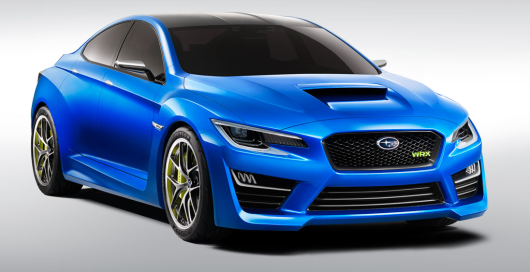 The original concept conceived a sleek, cleaner, sophisticated style and this is restored as far as possible for the current production model by replacing the nose panel, grills and lower lights with a new set in keeping with the spirit of the original.

These modifications will come installed on the WRX C13 SE as part of its full upgrade and performance package, or as a personal upgrade kit if you've already bought your WRX but want it beautiful.

To complete the all-round package the Special Edition Concept 13 restyles the tail exhaust and diffuser in keeping with Subaru's concept.  Internally a few tweaks to the engine can tune it up and turn up your power as far as you dare.

We could drop the suspension, to give it that special low riding drive every street racer enjoys, but should we really do that to a rally-bred beauty and spoil it?

No. For two reasons.

Natural disasters like the odd snowfall and a few floods demand a safer, higher ride.

Man-made disasters, like speed bumps and potholes, mean you don't want to be scraping and crunching your beautiful bodywork.

And remember, if you ever do want to enjoy a little frisky prance through the countryside, a higher ride will take you places other cars fear to tread. 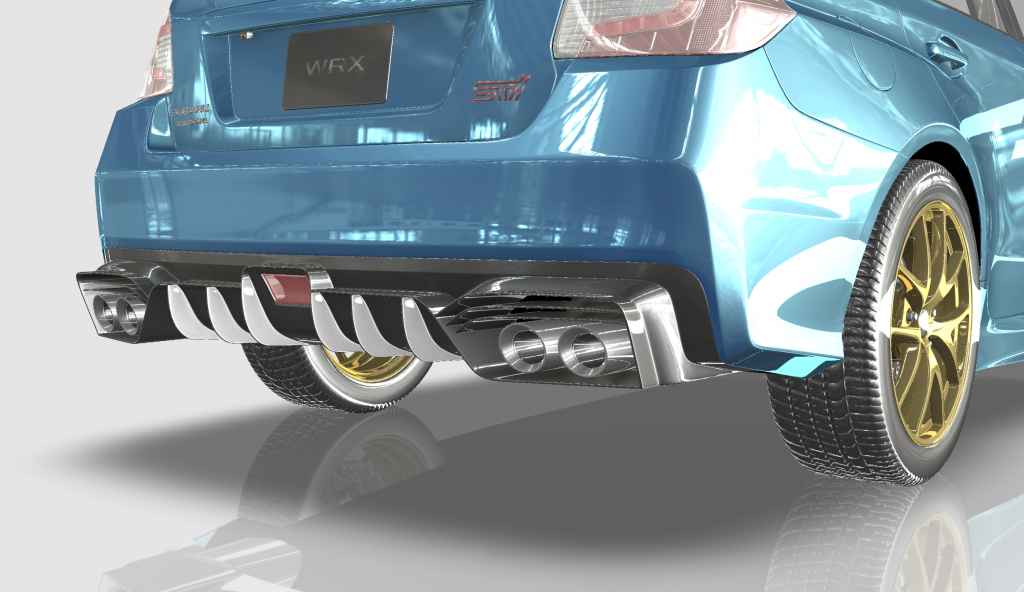 If you wish to be kept in touch regarding the Subaru C13 or future opportunities then leave your details with Rumbler.

(As noted at the top the C13 project is suspended/closed due to lack of time and funds.  If there is any chance it can be brought back to life then you can still leave your details for further information.  No promises.)