It's Christmas Day and today I have a small Christmas present for the planet - a potential 20% reduction in urban air pollution for delivery within eight years at no cost to tax-payers.

A New Engine, A Solution Now

For the last few years I've been working on the design for the Rumbler Sport Tank. Partly for the challenge of creating something beautiful, partly to solve the issues of urban traffic air pollution.

At the heart of this is a new concept in efficient engine design. While some parties are more concerned about the adoption of electric power I see this as too far way to solve the problems of air pollution today. The engine is my answer, and today I calculated what it would cost and how quickly it might take to implement in the UK. 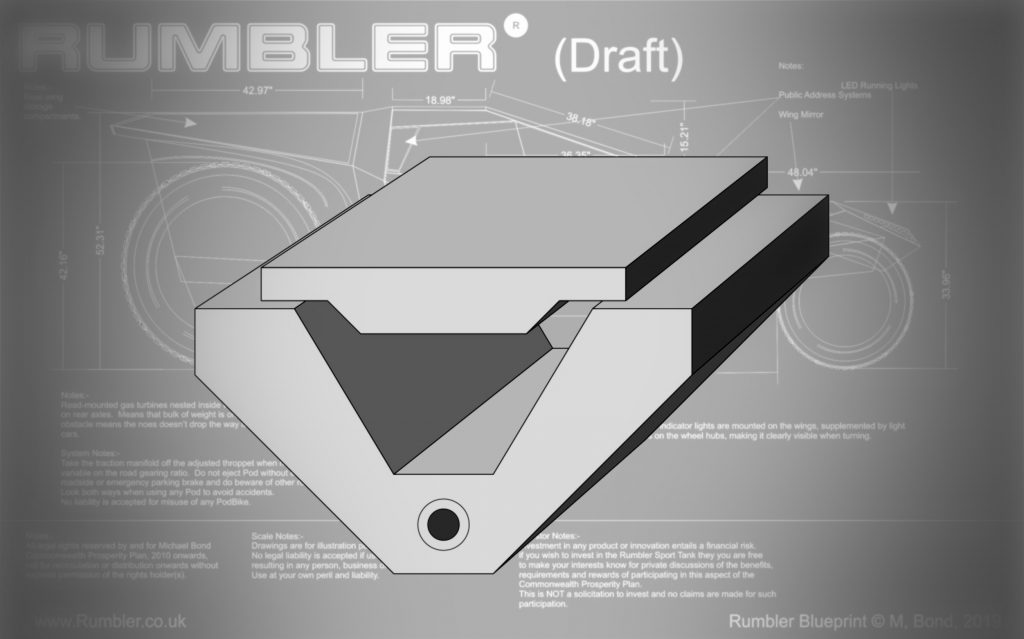 I believe from my own estimates that the engine will deliver an efficiency of up to 20%, reducing fuel consumption and air pollution by that amount. The logistical challenge is how to get the engine into enough vehicles and produce a tangible change in the world today.

This was the solution I completed this morning on my daily stroll around the park.

Swap out all the engines.

Don't spend so much time trying to re-invent the vehicles with fashionable new technologies, artificial intelligence, magical batteries and much more, just swap out all the engines.

Let's say there are twenty-one million vehicles on the roads in the UK. Each engine and the cost of installation might be upto £2,000. That is a total cost of forty-two thousand million pounds. This can be afforded using financial offset programmes through Rumbler and Sterling-Bond (my financial management company).

To build and replace twenty-one million vehicles of all types would be a huge exercise, but to swap out all the engines would be far quicker and easier to accomplish. I suspect it could be done within a handful of years, far quicker than trying to replace every vehicle in the UK.

If successful the programme can be rolled out across the planet relatively quickly.

This is no vain exercise, the programme of delivery would be carefully managed to give the maximum benefit in the shortest time. Do this by delivering the engines to the most popular and air polluting vehicles first.

The most popular small vehicles in the UK: Ford Fiestas, the Mini.

Roll out to commercial vehicles, lorries and wagons.

Delivery vans for the scores of online mail-order companies nowadays, choking our cities with their white vans.

Deliver to co-operative manufactures at the same time, rolling out new cars as old ones receive their swaps.

There is nothing exciting about this. It is a simple exercise in manufacturing and logistics to roll the engines out as quickly as possible. The funding for this is readily available once the core technology is mastered and the factories are tooled up.

This is why I continue to promote the first step - the Rumbler Sport Tank.

My project is intended to kick-start this process and deliver the technology to the world. If you have any interest in sharing the adventure I invite you to spread the world and come and join me. While the politicians and the diplomats scratch their heads over the Paris Accord thingy we'll get on and solve the world's problems.

The Rumbler Sport Tank - The Batmobile for Real. 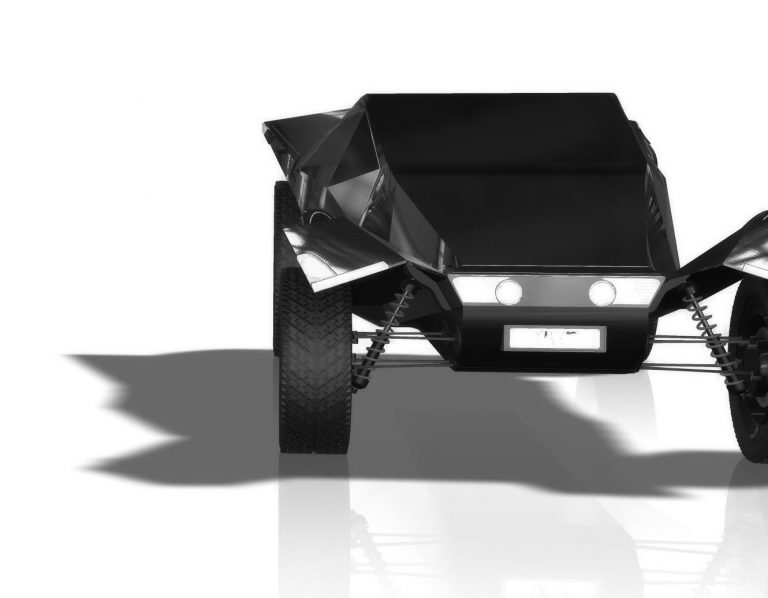 For comparison, the investment benefit of this programme (£42 milliards) is far less than the proposed cost of the HS2 railway plan (estimated at £56 to £76 milliards, and growing daily) while offering a cleaner environment more quickly to meet new government targets under the Paris Accord. The potential benefits of exports post-BREXIT are far inexcess of the HS2 programme investment, which appears to offer no direct export income.

Cost of this programme to the Treasury is minimal while HS2 will cost huge sums of money to borrow and repay, plus interest.

A Unique Workshop:  The Batmobile for Real.
Innovation in Design to Revolutionize the Auto Industry.
How a new supercar can solve climate-change.

Michael Bond, designer of the Rumbler Sport Tank, the Batmobile for real, held a presentation to members of the automotive sector to explain the economic and environmental benefits of the Sport Tank's new engine design. 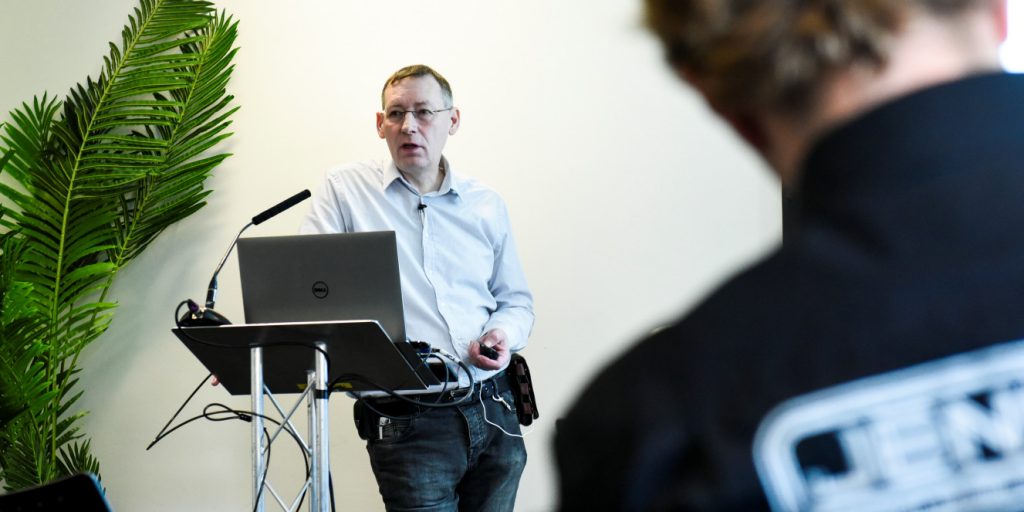 Michael spoke about the origins of the concept for the Sport Tank, the Batmobile for Real, and how he sees it pushing the advancement of technology and increasing investment in the British high technology automotive sector.  Beyond this he explained the broader opportunity to stimulate growing investment in new technologies and innovative designs to deal with the problems of climate change throughout the world automotive industry.

The culmination of Michael's solution is the proposition that upto £42,000,000,000 can be invested in UK manufacturing and delivery of the new engine to have a tangible effect on carbon emissions within 6-10 years, depending on the level of support and assistance from the government and rest of the industry.

Are you worried by all the issues of the world climate change? Worried about the unstoppable crisis we are all approaching? Do you feel we really are all doomed? Don't be worried, it's being fixed.

This week the world's politicians, environmental activists and other concerned bodies meet in Poland to discuss and decide on the future of the world environment. But they are not the ones who will really fix it.

The real answer lies in the hands of talented scientists, engineers, designers, innovators and entrepreneurs around the world who are working day and night to fix it all.

The politicians and bureaucrats will make their grand announcements, but behind the scenes there are all the deals, compromises and smudges of ink on their great proclamations. Some will agree with the need for action, some will brush it aside as a nonsense or conspiracy of propaganda, or fake news as it's now called.

None of it matters to the engineers who are already building the solutions around the world.

Don't misunderstand. Some politicians will proclaim grand visions of the future and encourage us all to embrace that vision, but look where that led us when their chorus cried out the wonders of diesel engines decades ago and we were all encouraged, cajoled and bribed with tax benefits to buy, buy, buy diesel. Today they brush all that aside in their new song of electric cars, never mind the huge environmental effects of mining and processing rare metals around the world. They will not speak even a soft word for the limited mineral resources available for all the electric batteries we will need in their future vision, nor for the shorter lifespan of batteries (years) compared to combustion engines (decades).

Electric is the solution of the day, but not the only solution. You hear little of all the other innovations around the world. They are slowly, carefully making their way to resolving all the world's problems, hidden in the shadows and noise of the political stage shows.

This may sound like a simplistic statement, and I know there are thousands of complex details, financial, political, technical, scientific, that must be dealt with. That is why we must focus more on the answers and how to use them, not the problems and the obstacles they pose. There are ways of overcoming all the obstacles we seem to face today. So, when you read yet another outcry that the world is doomed, it isn't.  The future is going to be a lot brighter for everyone.

Michael has designed the Rumbler 505 Sport Tank as a solution to air pollution in vehicle design through innovation in engine technology. The Rumbler 505 embodies a new high efficiency hybrid engine design that will reduce air pollution and fuel consumption by at least 20%. This is the first step in a progressive evolution planned over the next twenty years to solve the issues of air pollution from urban traffic.

Welcome to the new Rumbler web site.  After contributions and friendly comments from many supporters the old web site has been completely redesigned to bring it up-to-date with the latest technologies.  In the process a few changes have been made to simplify and streamline everyone's experience.

If you've visited Rumbler in the past you'll remember the additional "Products", the Lamb Drover, the Ultra-Smart Watch and the CommMaster World Smartphone concepts.  These were design exercises and suggestions for future projects from founder Michael Bond.  They may return in the future as the site settles down but for now let's all focus on getting the Rumbler on the road.  In the next few weeks Rumbler will focus on world-wide announcements to bring this unique project to everyone's attention and raise all the support needed to take this stunning supercar into production.

Come and join Team Rumbler, and share in the adventure.